Jane Austen (1775-1817) English novelist known primarily for her six major novels, which interpret, critique and comment upon the British landed gentry at the end of the eighteenth century.

Pride and Prejudice is Austen's masterpiece, and one of the most enduringly popular novels in the English language. It is a romantic novel of manners written in 1813. The novel follows the character development of Elizabeth Bennet, the dynamic protagonist of the book who learns about the repercussions of hasty judgments and comes to appreciate the difference between superficial goodness and actual goodness. Its humour lies in its honest depiction of manners, education, marriage, and money during the Regency era in Great Britain. 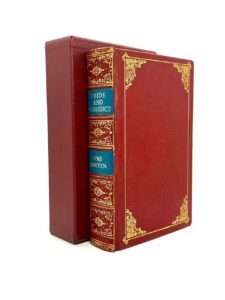