YEATS, W.B. The Winding Stair and Other Poems

YEATS, W.B. The Winding Stair and Other Poems. London: Macmillan, 1933. First edition. pp. ix, 101. Half-title with Macmillan monogram and address on verso. Olive green blind-stamped cloth, to a design by T. Sturge Moore. Loosely inserted are two photographs of Thoor Ballylee castle and the cottages being prepared for restoration, dated February, 1964.
Small almost unrecognisable stain to spine, small nick to lower cover of jacket. A fine copy in rare near fine dust jacket. Wade 169. First edition of this great collection of poetry from Yeats' later years, second only to The Tower. One of 2000 copies printed. Wade 169. Connolly 100, 56D. The Winding Stair contains "A Dialogue of Self and Soul", "Coole Park", "1929", "Coole Park and Ballylee", "1931", "For Anne Gregory", "Byzantium", "Vacillation" and the Crazy Jane poems. A different collection under the same title was published in a limited edition by the Fountain Press in New York in 1929, but that collection did not include most of the poems cited above. 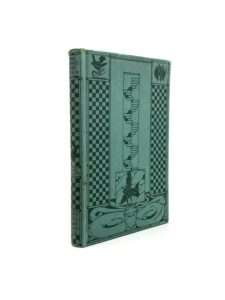