Patricia Lynch (1898-1972), children's author, was born in Cork. The family moved to London following her father's death and she was educated there, in Scotland and Belgium. Her first book won the Tailteann silver medal in 1932. 'The Turf-Cutter's Donkey' was serialised in the Irish Press, and many of her stories were broadcast on Radio Eireann. She wrote over fifty books which were translated into many European languages.
Illustrated with 5 colour plates, 8 line drawings, pictorial endpapers and upper cover by Jack B. Yeats. 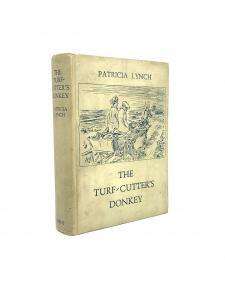