WITH LETTERS DESCRIBING THE LAKE OF KILLARNEY AND MUCRUSS GARDENS 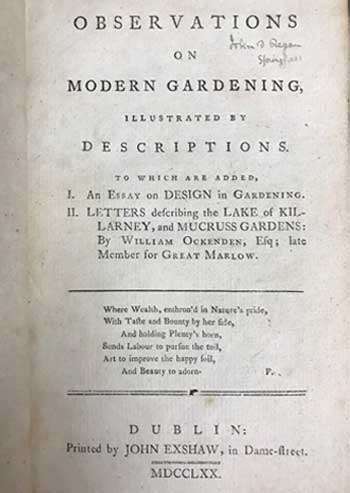 "The most comprehensive work on the theory of landscape design developed by the natural school before the time of Humphrey Repton is Whately's 'Observations on Modern Gardening' (1770). The popularity of this work is attested by the number of times it was published. It was issued several times in London and once in Dublin. It was translated into French and German versions were issued in Paris and Leipziz."" [Henrey II p. 509].