New York: Vantage, 1959. First. pp. 203. Green papered boards, title in gilt along spine. Signed complimentary copy from the author. A fine copy in lightly frayed dust jacket. Scarce.  "Much has been written about the heroes and martyrs of the Irish Rebellion - the hunted ones - in the terrifying days before and after the Easter Rebellion of 1916. In this stirring account, documented by excerpts from Monteith's diary, photographs, newspaper clippings, and private papers, the truth about the mystery man of Banna Strand is forthrightly told.
Florence Monteith Lynch, daughter of Robert Monteith, mystery man of Banna Strand, was born in Dublin. Her mother, the magnificent ""Mollie"" of this book, was of the theater, and the Monteith children often appeared on the stage." 1959 LYNCH, Florence Monteith 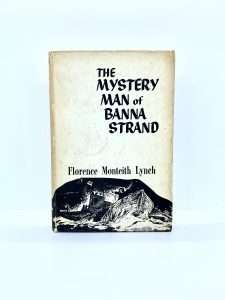