SPINDLER, Karl. The Mystery of the Casement Ship

The first full account of Sir Roger Casement's part in the prelude to the 1916 Rising. Captain Karl Spindler was Commander of the German Auxiliary Cruiser 'Libau' which, camouflaged as a Norwegian steamer (the 'Aud'), successfully broke the English blockade. He tells why, in his opinion, the arms landing attempt at Fenit failed. The book also contains authentic documents from the German Naval Archives and other sources, which disclose the real motives of the German government in giving assistance to the Irish Republic, but they make one wonder what Ireland's fate would have been if Germany had emerged victorious. 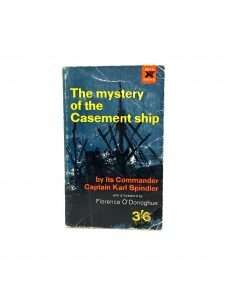