A major work of American literature, the novel depicts the satirical adventures of Ignatius J. Reilly as he saunters around New Orleans, looking for work and railing against modern culture. The book was written in the early 1960s, but wasn't published until 1980, 11 years after Toole's suicide, when the author's mother took the manuscript to Walker Percy and essentially forced him to read it. "There was no getting out of it; only one hope remained-that I could read a few pages and that they would be bad enough for me, in good conscience, to read no farther. In this case I read on. And on. First with the sinking feeling that it was not bad enough to quit, then with a prickle of interest, then a growing excitement, and finally an incredulity: surely it was not possible that it was so good." Winner of the Pulitzer Prize for Literature in 1981. 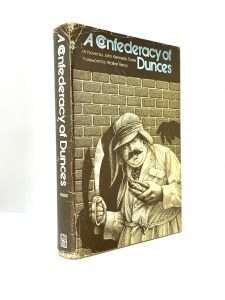