A.E. "The Dublin Strike. By A.E. (George W. Russell). A Plea for the Workers. A Speech delivered in the Royal Albert Hall, London, November 1, 1913, to an audience of 12,000 persons. Dublin: Irish Worker Office, Liberty Hall, Dublin, 1913. pp. 8. Printed wrappers with a portrait of the author on upper cover. Slight browning and wear to edges. Modern marbled boards, title on printed label on upper cover. A very good copy of an extremely rare item.
George Russell's social militancy found focus in 1913 in the lock-out by William Martin Murphy of tram workers trying to organise as part of the ITGWU. James Larkin, the workers' leader, was imprisoned, and Russell shared a platform with James Connolly, who Russell felt was 'a really intellectual leader', at a demonstration at the Royal Albert Hall in London on 1 November. Larkin was released twelve days later.
Russell's speech, which was highly critical of state and church authorities, particularly the police and William Walsh, archbishop of Dublin, caused fury in the constitutional nationalist press, the Freeman's Journal accusing him of hiding anti-Irish sympathies in his socialism. Sinn Féin and Irish Freedom remained sympathetic. Russell's position on the Irish Homestead was preserved by Horace Plunkett's silence during the controversy. There followed an exchange of views in print between Russell and Connolly, each reading and responding to the other's theories of social and political organisation through the columns of the Irish Homestead and Connolly's books on labour in Ireland. COPAC with 2 locations only. WorldCat 4. 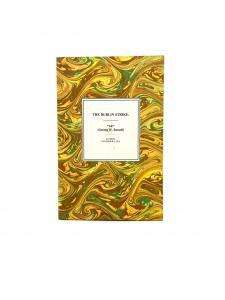