HALIDAY, William U. Úraicecht na Gaedhilge. A Grammar of the Gaelic Language 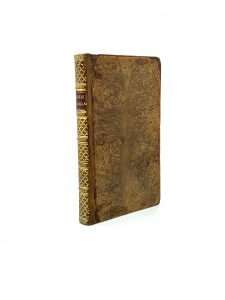 Bradshaw 2833 Gilbert 344 NSTC locates only 3 copies.
William Haliday, scholar, was born c.1788. He studied Irish and produced this grammar when only nineteen years old. He was one of the founders of the Gaelic Society, and projected a translation of Keating’s ‘History of Ireland’ but only one volume appeared (1811). Haliday died in 1812 and is buried in Dundrum.
Author’s introduction signed ‘E. O’C.’, i.e. ‘Edmund O’Connell’ (a pseudonym of William Haliday). Provenance: Glasgow College Library in early ink inscription to front pastedown.