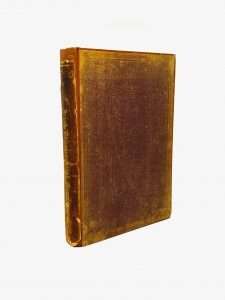 John Ó Dubhagain (O’Dugan) was chief poet to the O’Kellys of Hy Many and his poem was originally
contained in the Book of O’Dubhagain, called ‘Leabhar Ui Maine’ (Book of Hy Many). He was the
author of ‘A Topographical and Historical Poem’, of eight hundred and eighty verses, beginning
‘Triallam timcheall na Fodhla’ - (Let us go around Ireland). The poem gives the names of the principal
tribes and districts in Meath, Ulster and Connaught (Leath-Cuinn), and the chiefs who lorded over
them, at the time when Henry II, King of England, was invited to this country by Dermod Mac
Moragh, King of Leinster. From the first line of this poem, and from the few ranns that this author has
left us, on the districts of the province of Leinster, it would seem that it was his intention to have given
a complete account of all the districts and chief tribes in Ireland; and it would be a cause of much
regret, that he left unfinished so interesting a work, if it had not afterwards been taken up and
completed by his contemporary, Giolla-na-naomh-O’Huidhrin. For the account of the ancient families
of Leath-Mogha (Leinster and Munster) we are indebted to O’Huidhrin. His poem begins with ‘Tuille
feasa ar Erinn óigh’- (An addition of knowledge on sacred Erin). According to the ‘Annals of The Four
Masters’, Giolla-na-naomh, a learned historian, died in the year 1420. There are two copies of these
poems in the library of the Royal Irish Academy; one in the handwriting of Cucocriche O’Clery, the
other in the transcript of Duald MacFirbis’s ‘Genealogical Work’, made for the Academy by Eugene
O’Curry.
Poems in Irish and English; sixty-four page notes and introductory dissertations in English by John
O’Donovan. The Index is entirely the work of the Rev. William Reeves, D.D.