WOODS, C.J. Ed by. Charles Abbot’s Tour through Ireland and North Wales in September and October 1792. 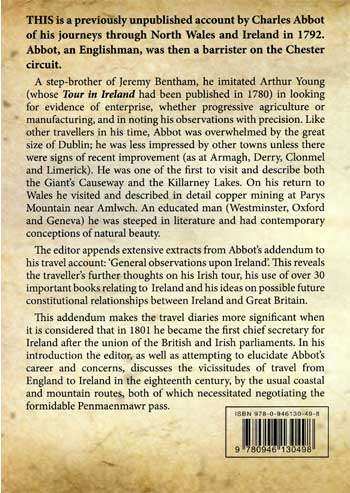 This is a previously unpublished account by Charles Abbot of his journeys through North Wales and Ireland in 1792. Abbot, an Englishman, was then a barrister on the Chester circuit. Like other travellers in his time, he was overwhelmed by the great size of Dublin; he was less impressed by other towns unless there were signs of recent improvement (as at Armagh, Derry, Clonmel and Limerick). He was one of the first to visit and describe both the Giant&#39;s Causeway and the Killarney Lakes.