The story of the Rising, of the events that led up to it, and of its consequences, as seen from inside Dublin Castle, the centre and symbol of British domination over Ireland for seven centuries. Based on a number of original sources hitherto untapped, including the papers of Sir Mathew Nathan, the effective head of the British Administration in Ireland who was trapped in the Castle at the outbreak of the Rising; the memoirs of Arthur Hamilton Norway, whose office in the G.P.O. became the insurgents' headquarters; and the papers of Herbert Asquith, Prime Minister of Great Britain, among which were found two poems written by Patrick Pearse on the eve of his execution, and a letter to his mother, now published for the first time. 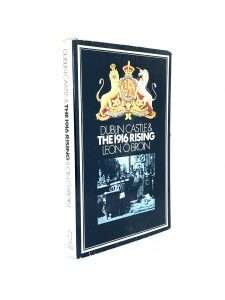